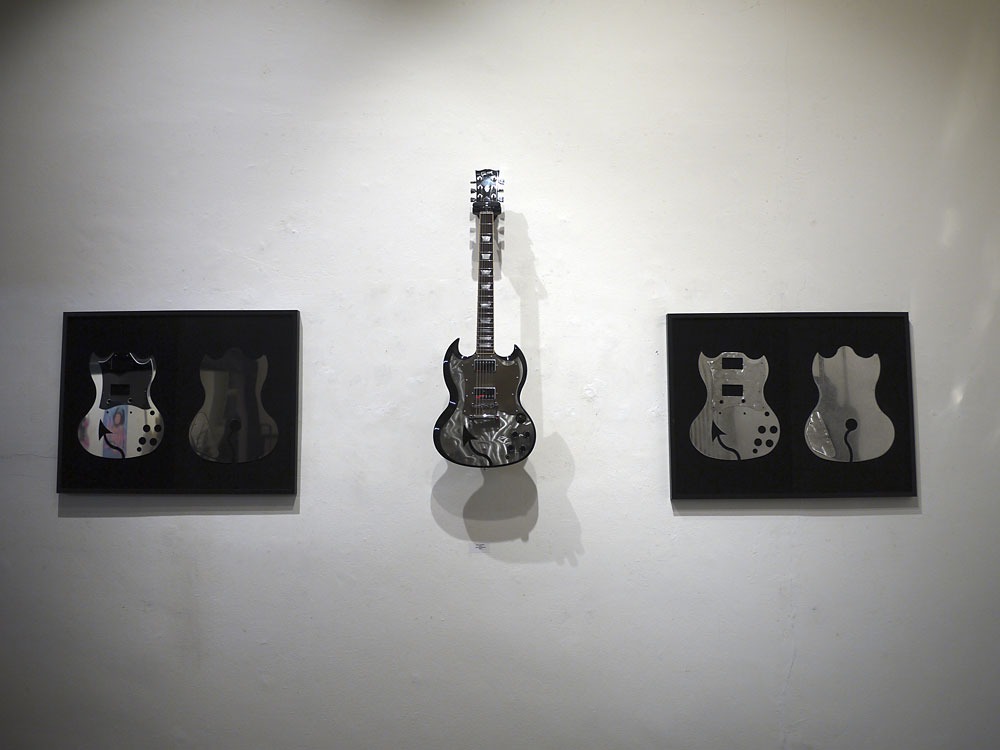 "Gibson Brands: The Sound of Art" will be on show at the Spaziotemporaneo Gallery during the Milan Music Week, which will take place from 20 to 26 November 2017, bringing together works born from the union between Gibson and Art, specifically stemming from the synergy among some brands of the American company leader in musical instruments, in the pro and in the audio consumer, and some of the most promising Italian exponents of the visual arts.

The result of an original and unusual transformation project inspired by the world of music, art elements and unique design pieces originate from iconic models of Gibson and Epiphone guitars that have made the history of modern world music.

Thanks to the creative genius of painters, sculptors, designers, writers and illustrators, such as Andy, Kayone, Maui, Giovanni Motta, Alessandro Ottolina and Pietro Travaglini, the works created and exhibited represent a new concept that derives from the fusion of music and visual arts, and will be on show at the Spaziotemporaneo Gallery in Milan (via Solferino, 56) a place that in the past 30 years has given opportunities for visibility, including personal and collective exhibitions, to emerging artists and not from the national and international scene.

Each artist will have the opportunity to express himself through the exhibition of works created by transforming guitars, microphones and loudspeakers of the Gibson Brands brands, into objects that take to live a new dimension, and to join them to another work chosen among the most representative of the its aesthetics.

Pietro Travaglini, designer, gave life to Rude, an irreverent reworking of the SG model, the iconic "devil" guitar, deliberately rough in the materials and techniques used to emphasize its diabolic and strongly rock soul, but with the intention of giving it also a certain kindness and harmony of sign. Bass, a coffee table with a Cerwin Vega case, framed by tubular steel elements that emphasize the concept of suspension and recall the shape of an equalizer, which penetrates the shaped glass top almost as if emerging from the ground. Clean, linear design that focuses on the sound, expressed by a diffuser that looks like a precious stone set on a jewel with a highly crafted taste.

For the unusual singularity of the works of art on display, "Gibson Brands: The Sound of Art" is a truly unmissable exhibition! 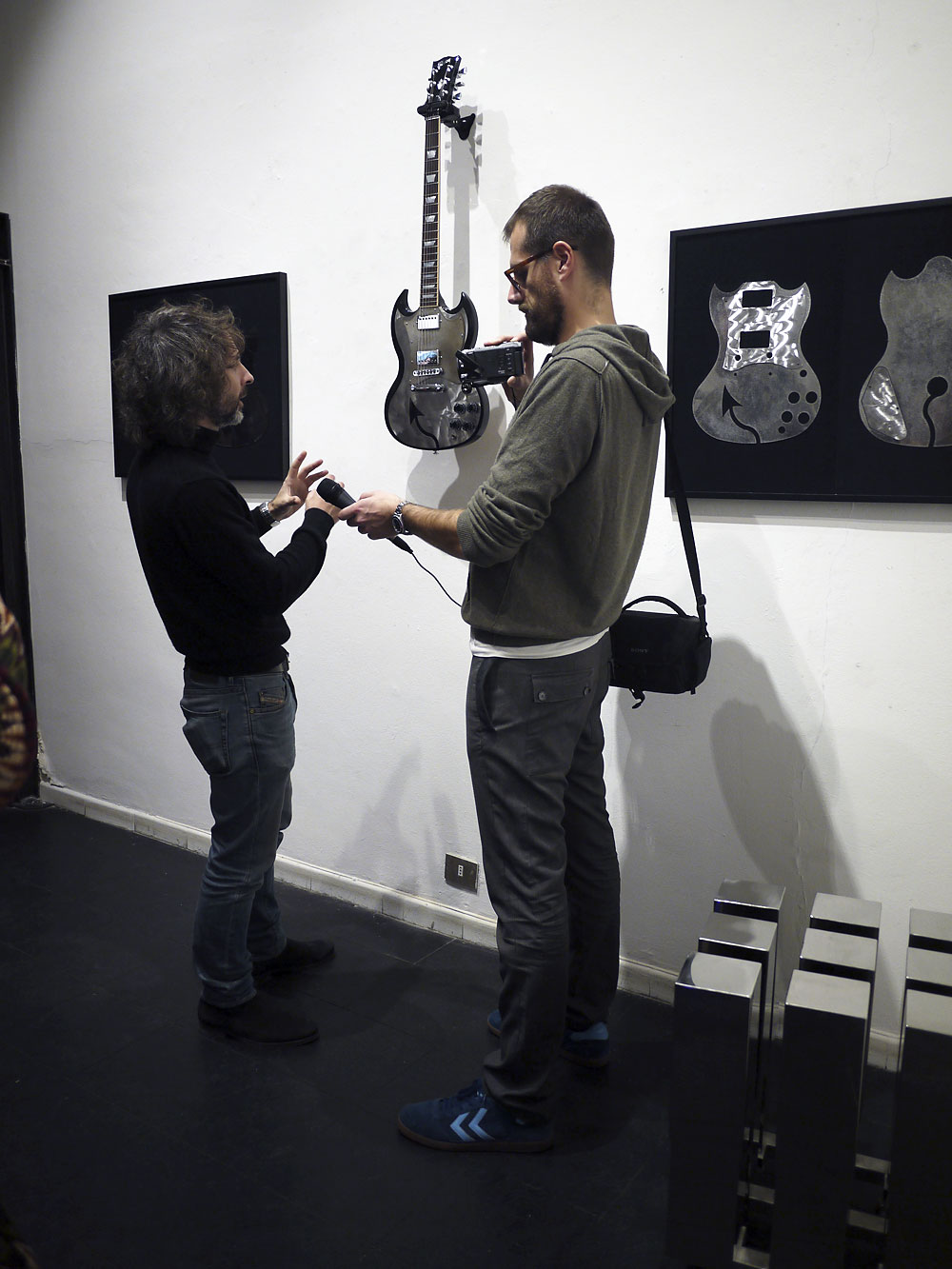 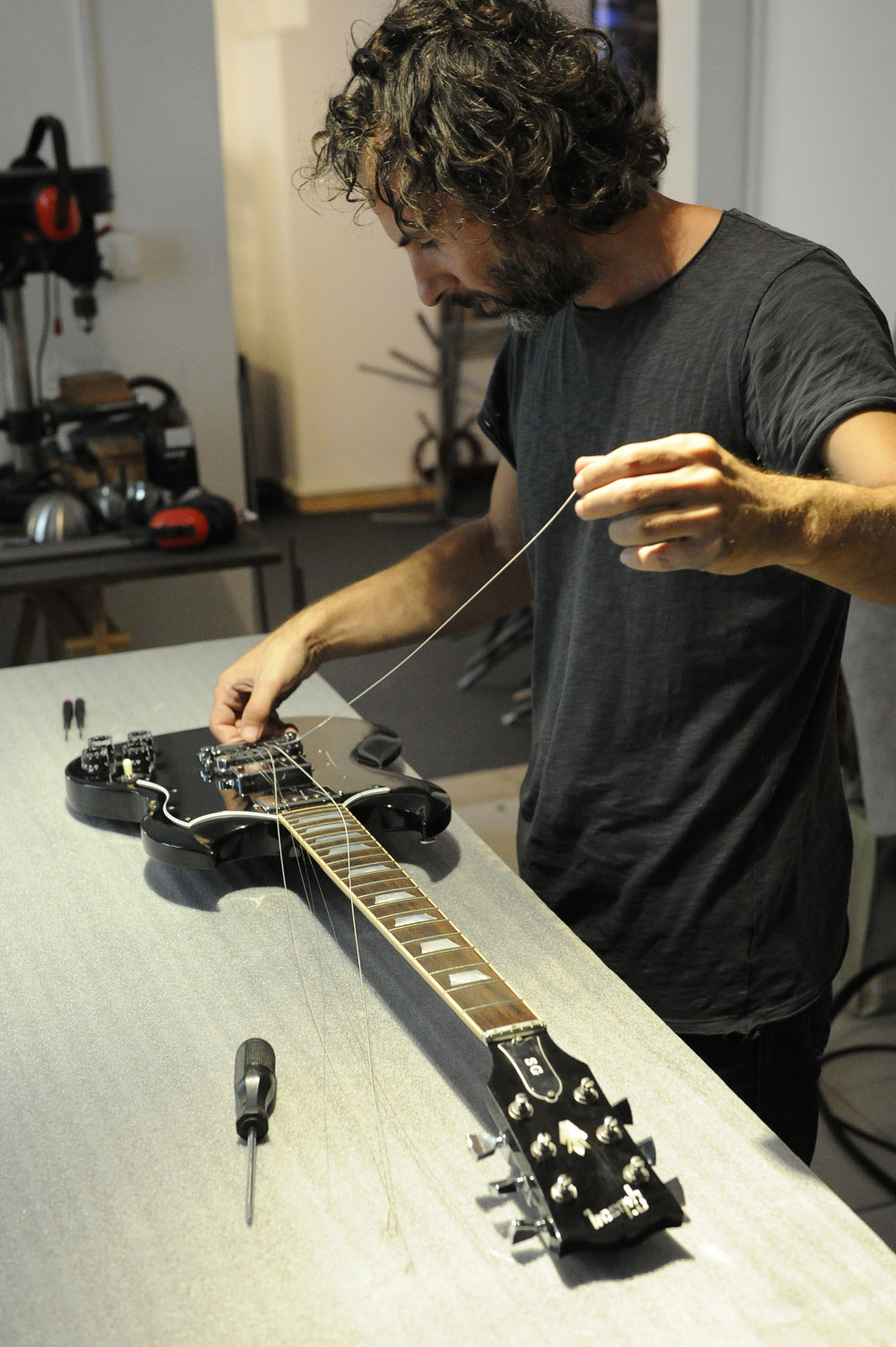 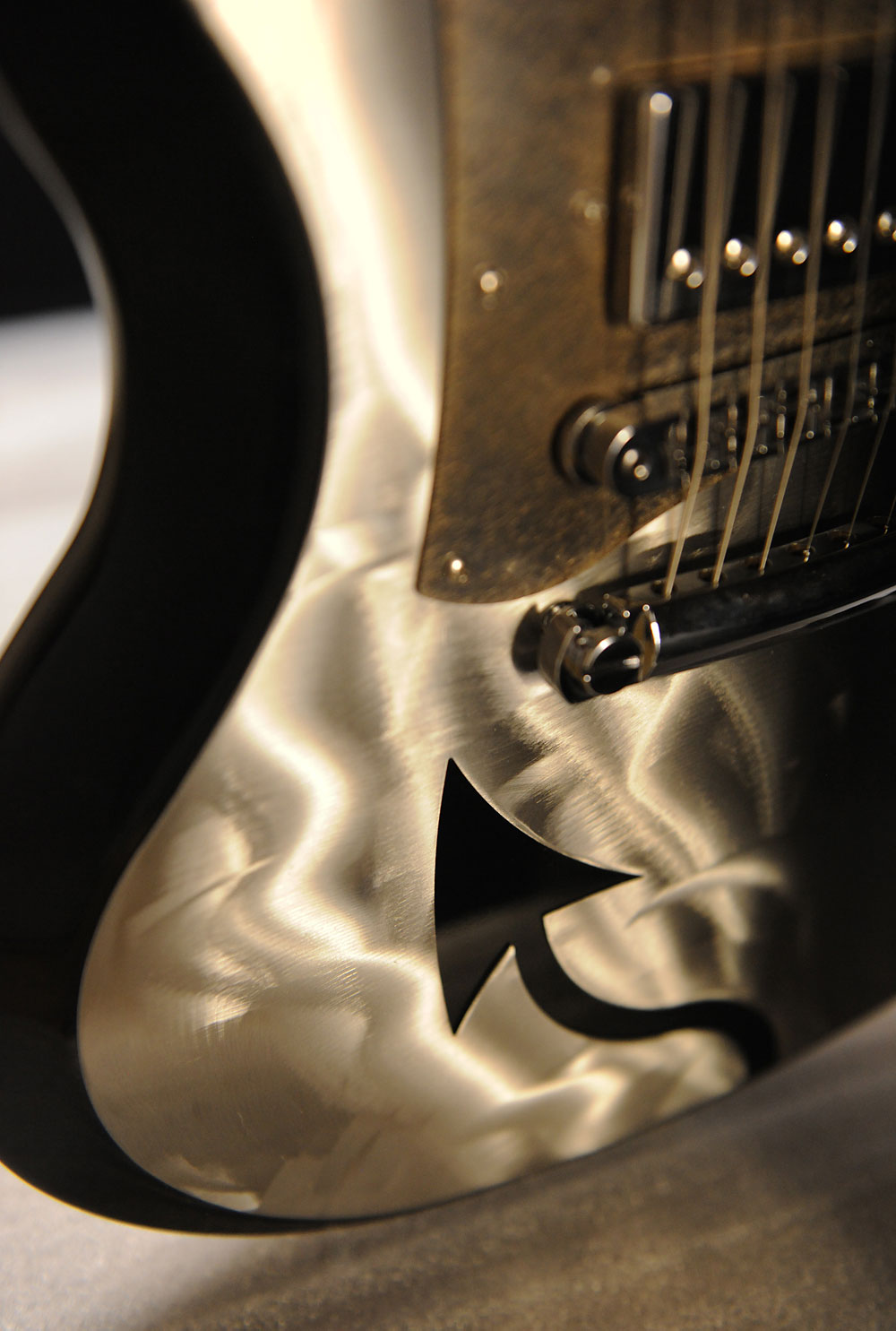 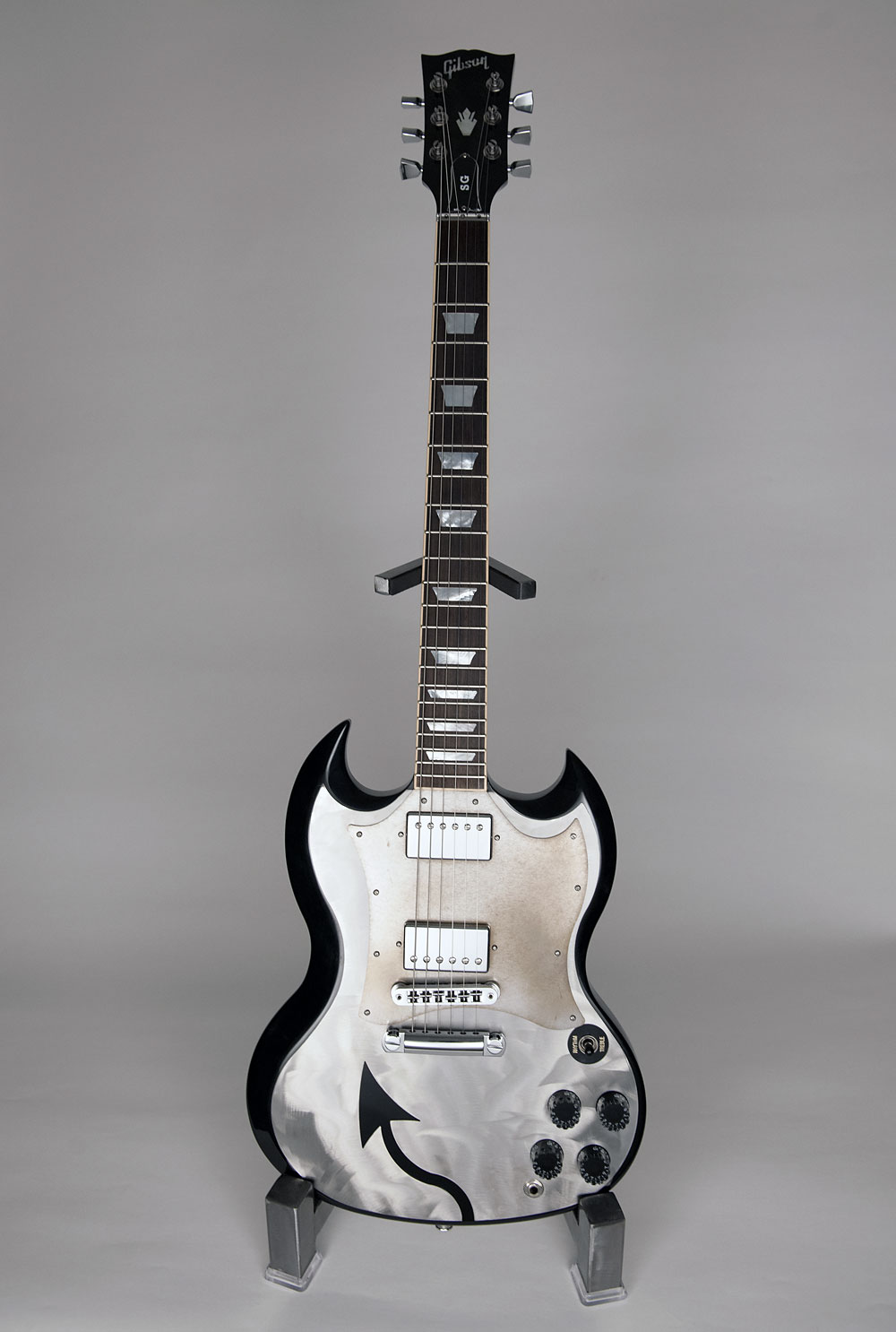 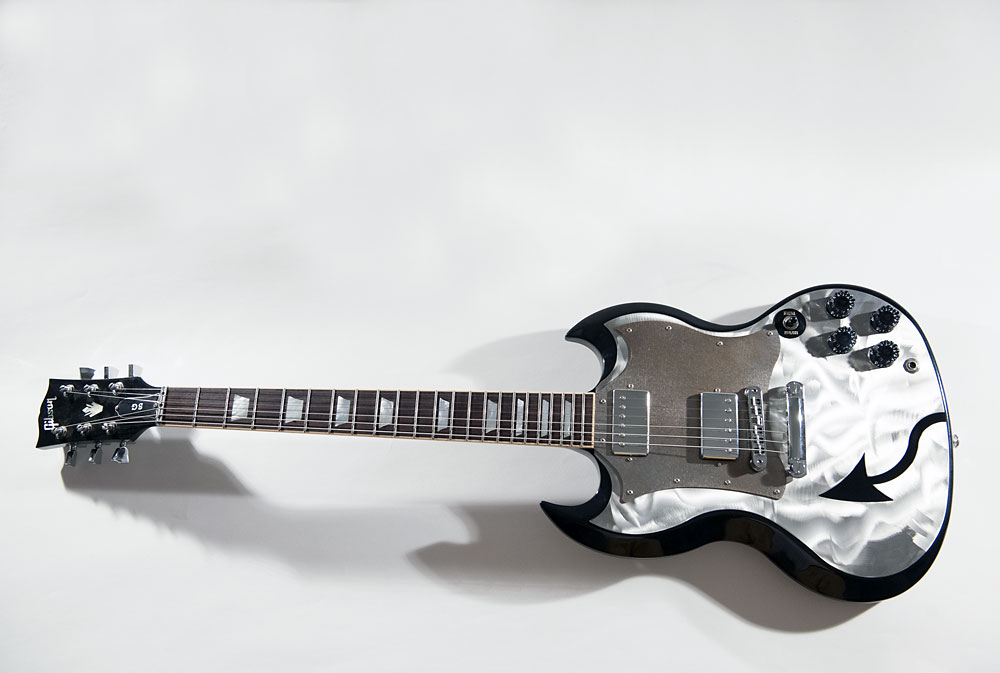 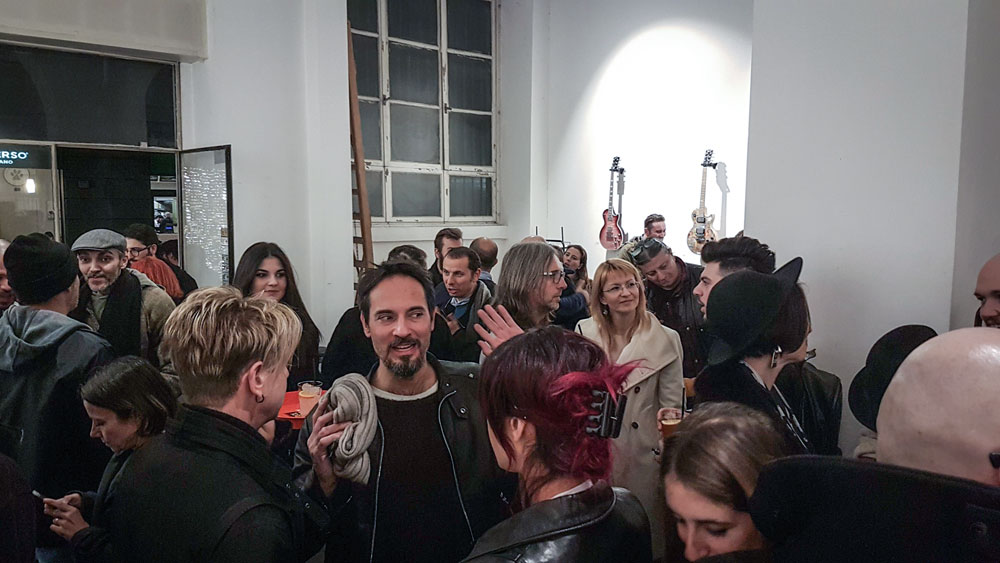 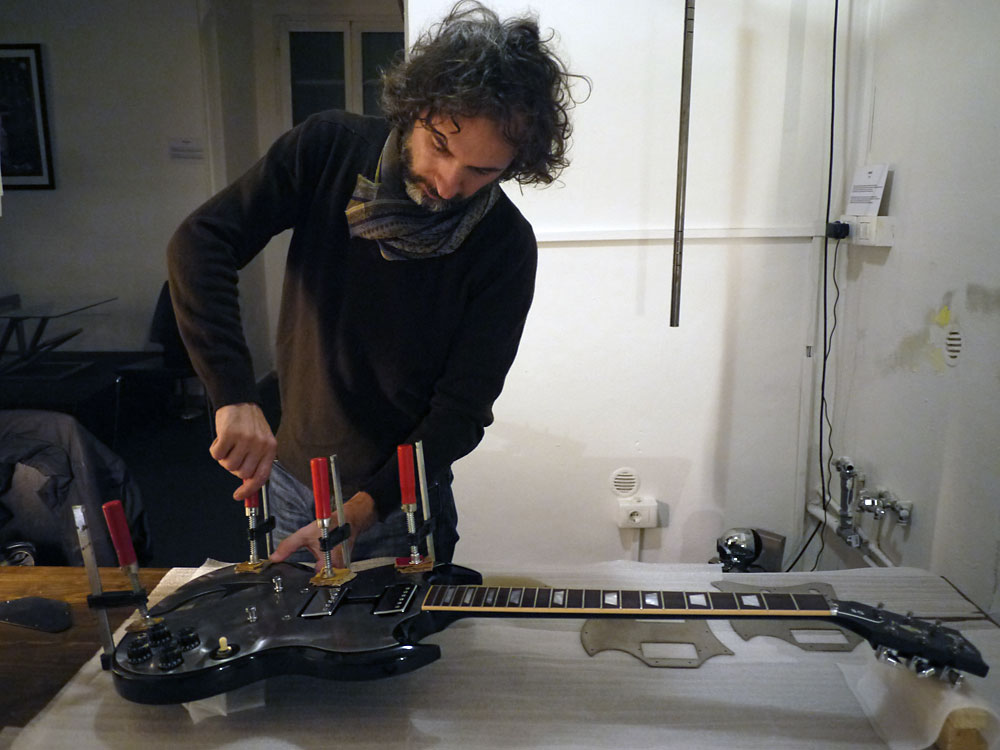 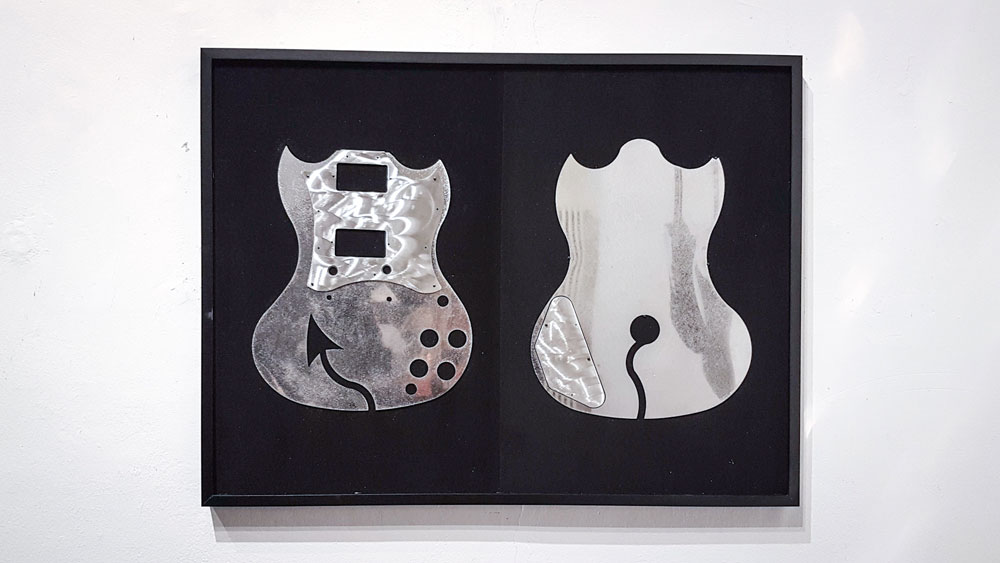