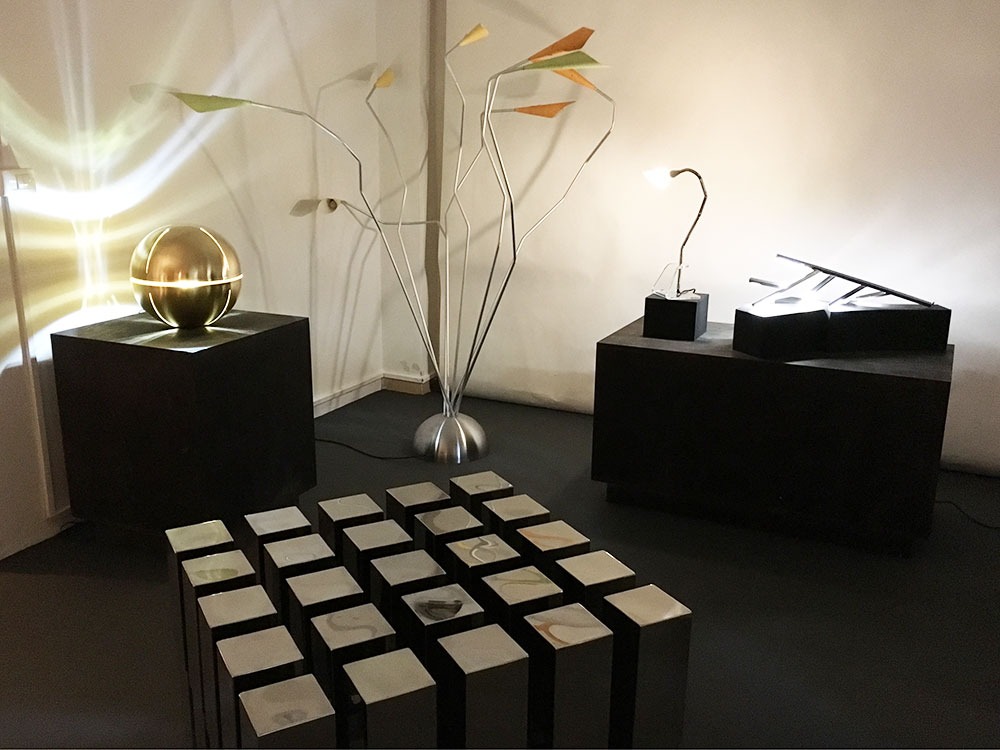 Pietro Travaglini elevates his research to a new dimension: light and presents in his atelier the new AMADRIADI collection, timeless lamps, which link organic inspiration to a minimalist abstraction and are named after nymphs of Greek mythology.

The Amadriadi collection consists of three series of lamps:

DRIOPE, is a lamp that recalls the archetype of the flower. The concept was born from the desire to bring together nature with high-tech, drawing thin metal stems with poetic lampshades-buds, made in the prototype in colored wallpaper that makes light filtering from its textures.

SYKE, a sculptural lamp, a suspended gesture, shaped by merging metal parallelepipeds with LEDs embedded in the structure; in some variations, the designer adds very special lampshades in thin sheets of folded metal that envelop the light making it direct, but are affixed with a magnet and can be detached like falling leaves to obtain a diffused light.

MOREA, in the variations both in sphere, in metal with cuts in the material from which the light spreads, and in semi-spherical sections juxtaposed to each other in shapes that refer to the flora and fauna of the undergrowth. Elegant, sinuous, with a strong impact, they have an organic echo in the concept but also a clear futuristic imprint.

Exclusively on the occasion of the Bologna Design Week will be on sale the prototypes signed, unique pieces of the collection, handmade by the designer with live performance.

On show, in addition to the prototypes, also some finished specimens of the new collection, exhibited and told through the evocative photographs of Giovanni Gastel. 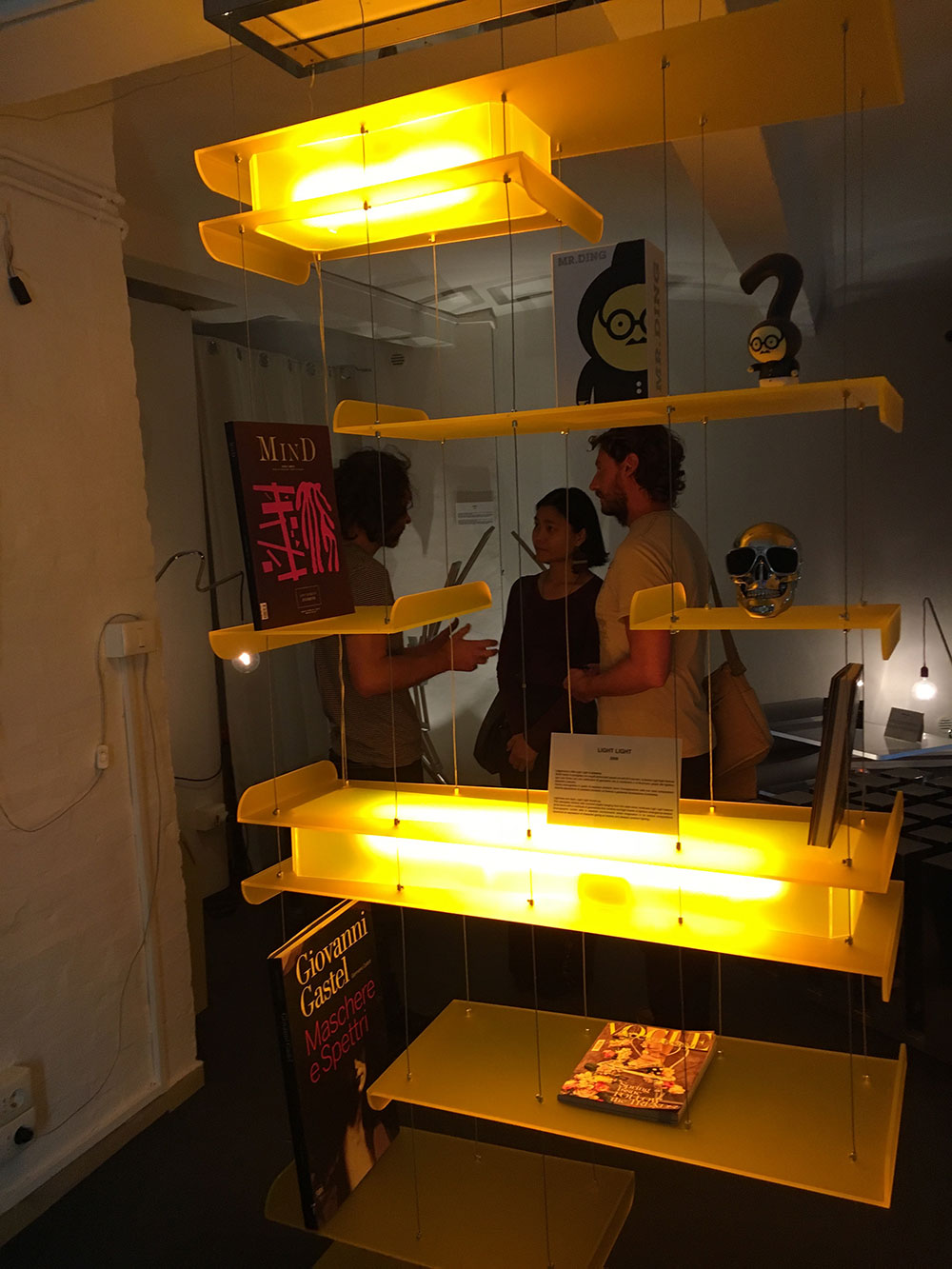 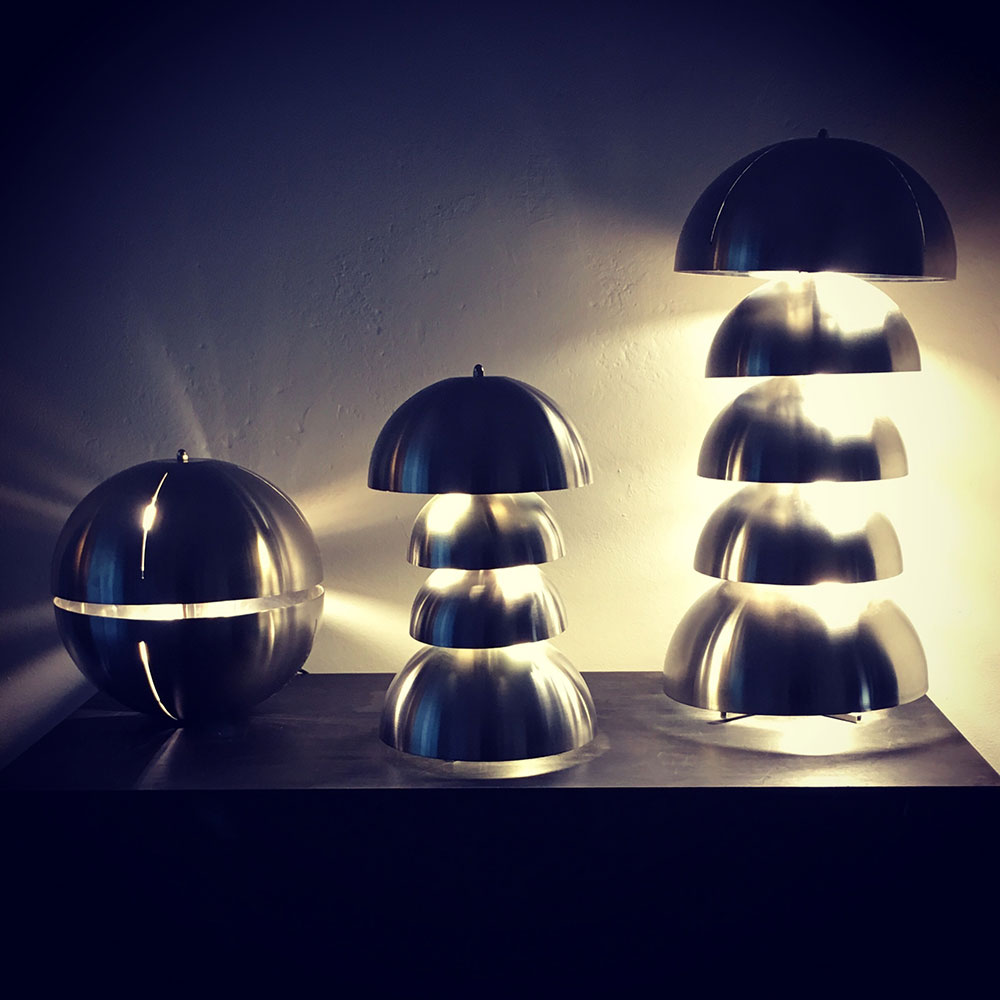 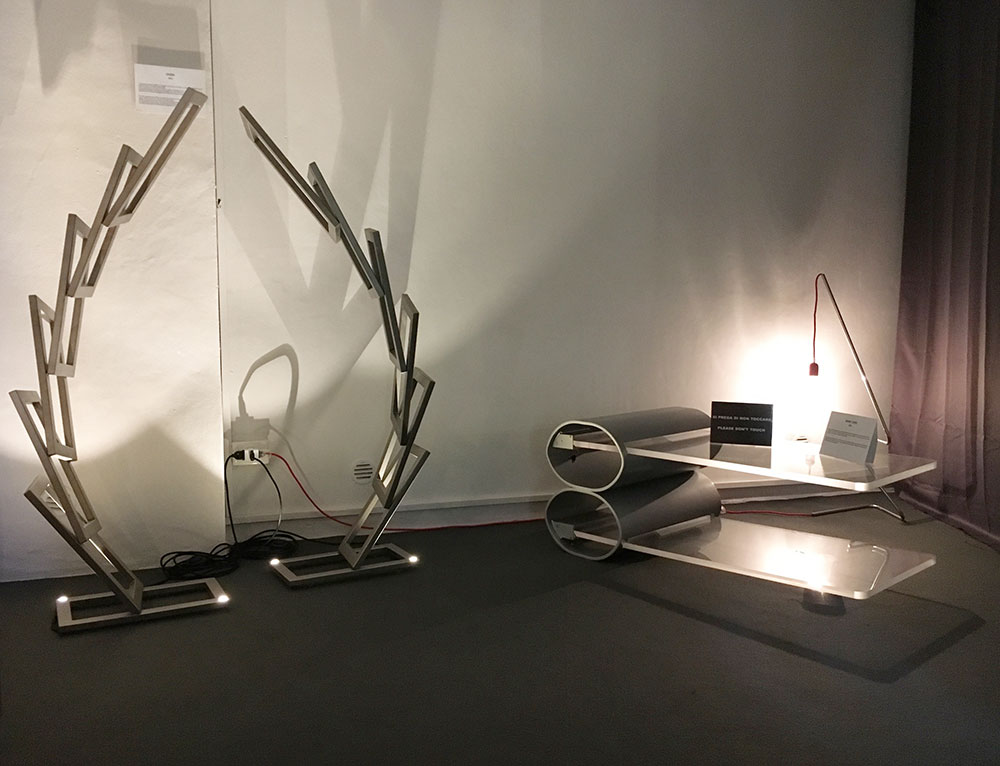