Pietro Travaglini opens up to the art world

On the occasion of Artefiera 2016 at his atelier in Via Zanolini, Pietro Travaglini opens up to the art world, from 29 January to 1 February.

The traveling exhibition "Get Off The Ground - Mutant objects by Pietro Travaglini" is inspired by the concept of body dynamics, the same that animates the designer's objects.

Pietro Travaglini has chosen to present his works with a fluid mise en scene, realized through a video-installation, whose visual concept is focused on the relationship between movement, form and space as in the designer's objects.

A sequence of photographs taken by Giovanni Gastel sets the movement within the form of a completely naked male body. The photographic images are treated by the director Marco Pozzi with a motion graphic intervention to obtain the cinemagraph effect. Within the apparently motionless form of the body one perceives a movement that creates a sort of hypnotic vertigo for the viewer.

The exhibition brings together a selection of objects made by Travaglini. Steel, glass, MDF, LEDs are the materials of choice for the designer who molds cold matter into poetry, transforms its hardness into harmonic and anthropomorphic silhouettes, giving the archetypal forms of domestic design the status of art.

On the occasion of ArteFiera, the designer also presents an unprecedented kinetic work that he exhibits to the public for the first time. 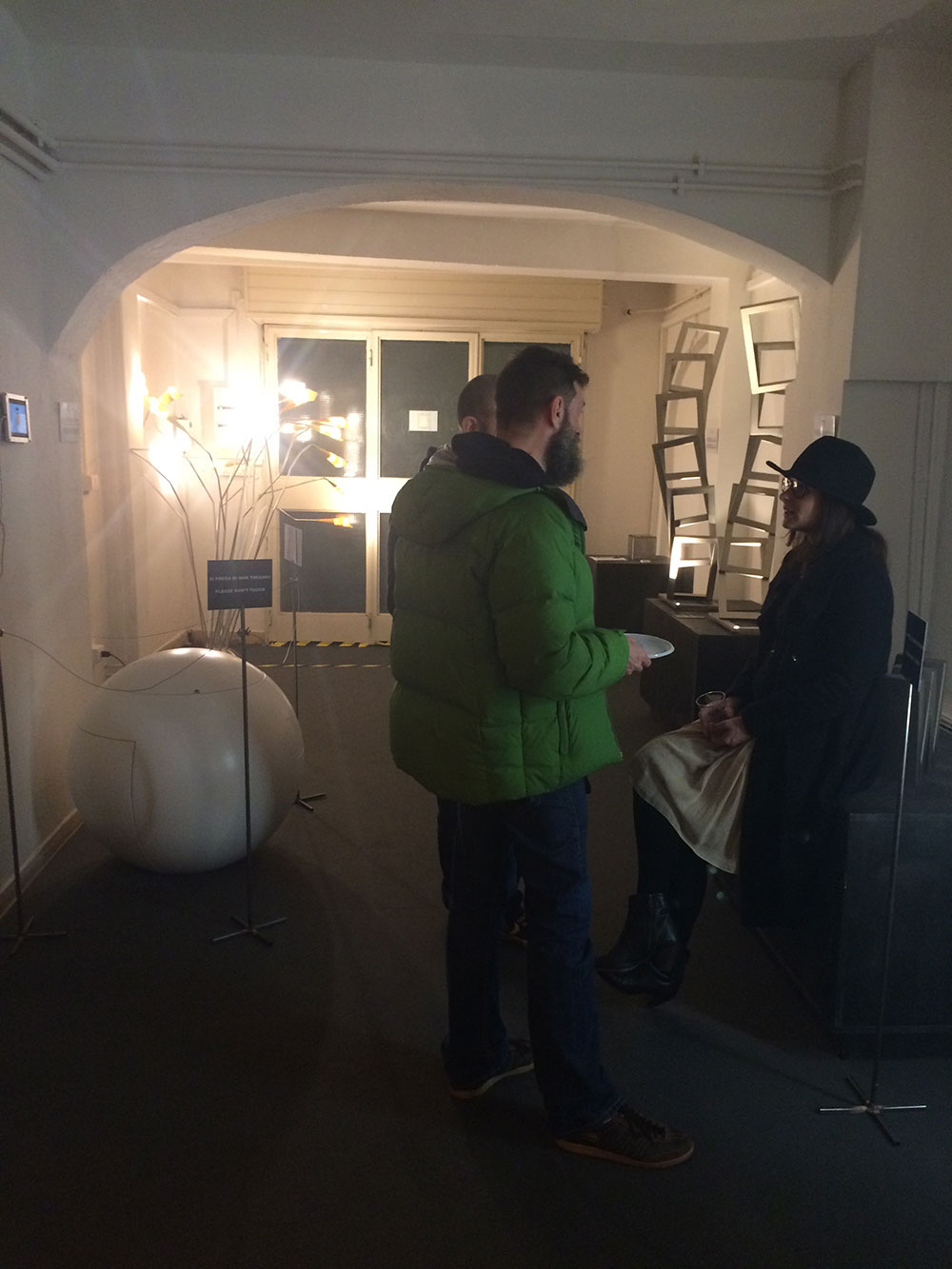